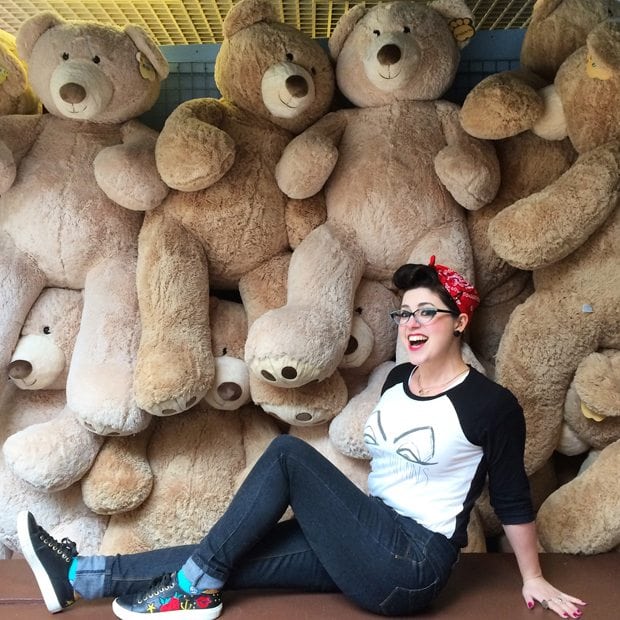 Recently, on my drive back from visiting my brother in Cheltenham, I ‘accidentally’  detoured to the one and only Blackpool Pleasure Beach. It was less than an hour out of my way, and it’s somewhere I’ve been obsessed with since I was knee high to a grasshopper thanks to some family day trips, so taking a ‘wrong turn’ was maybe less of an accident than I lead my passengers to believe… For those who’ve never heard of it before, this place is a seaside funfair that time has forgotten bar a few new rides; it’s old, it’s cheesy and it’s exactly the kind of place I like to visit every once in a while! But what people forget is how much of a British institution this is, so I thought I would share some of my favourite facts with you all to reignite your passions and support this traditional holiday hotspot! 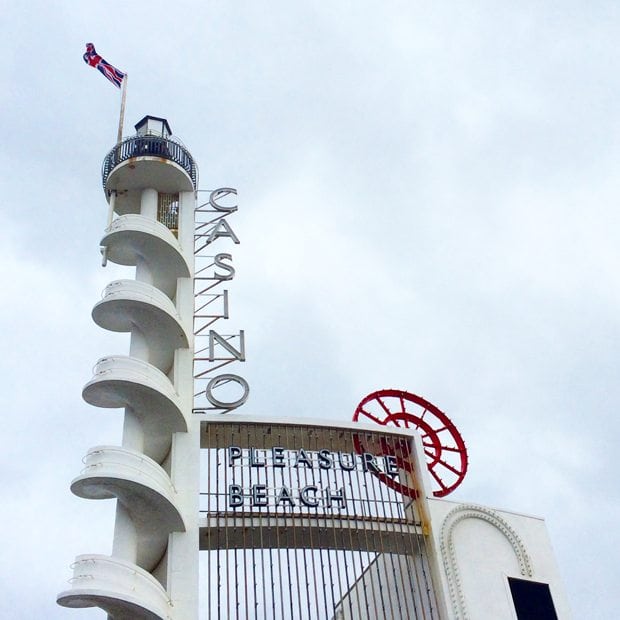 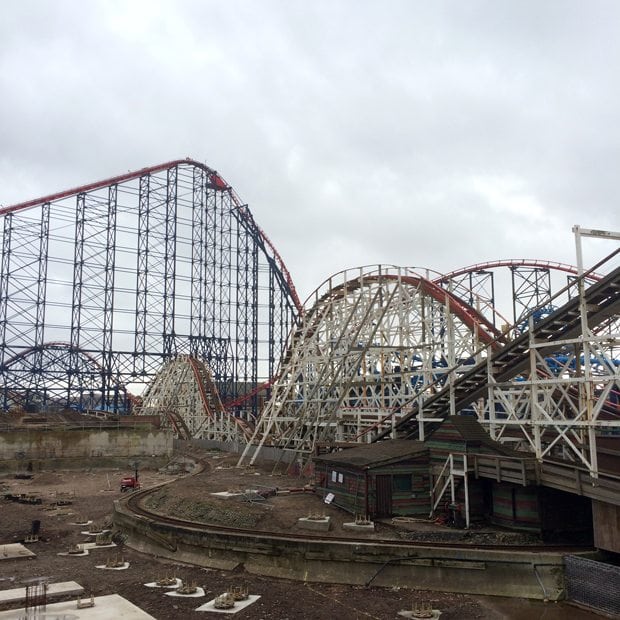 At around 120 years old, it’s not hard to believe that this place is going to be home to some pretty incredible facts, but even I am surprised by some of the stories that this funfair is responsible for.

As you all know, I am a huge – HUGE – fan of Disney’s theme parks. But did you know that Walt Disney visited Blackpool Pleasure beach on a fact finding trip before Disneyland in California was opened in 1955? He liked that it was a family park, and at the time it was a higher class of resort. Seemingly he was inspired by the park’s River Caves attraction when he created the Pirates of Caribbean attraction. Where would Johnny Depp be without the Pleasure Beach? Not a sentence anyone thought they would be asking! What’s really nice is that he would go on to give them permission to create their own Alice in Wonderland ride, giving the tale a really nice full circle twist. 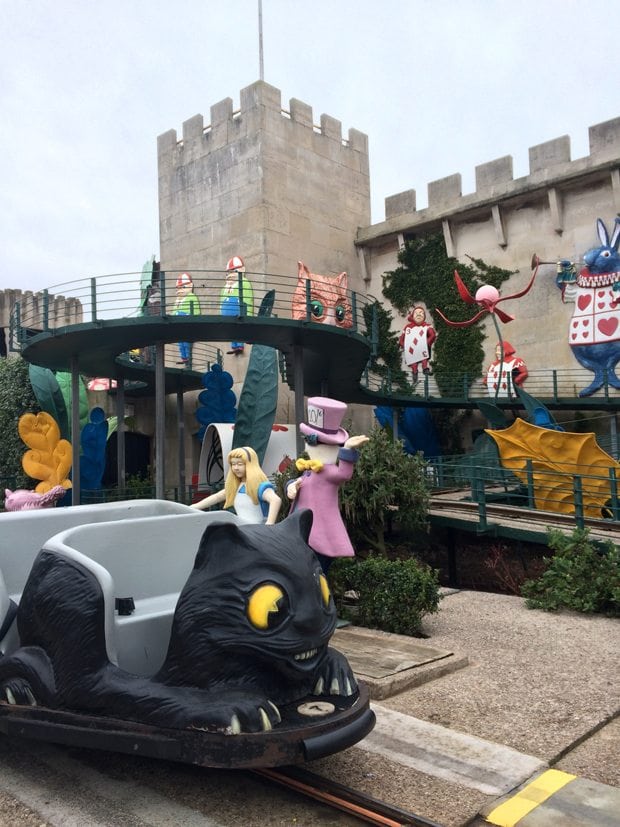 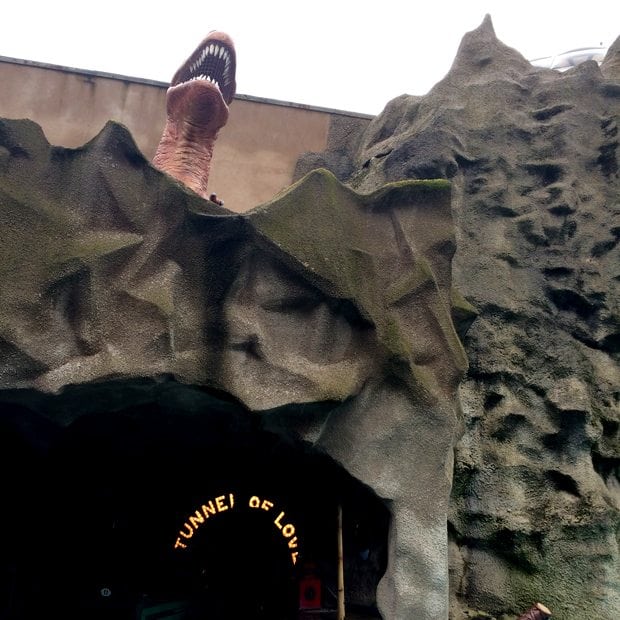 Another interesting fact is that Blackpool Pleasure Beach gave birth to the name ‘Ghost Train’ – these were formally known as a Pretzel Rides, which if you ask me means nothing to anyone, never mind it being lost in translation to the British population. So officially, Blackpool launched the first ever ghost train in the world, all the way back in 1930. 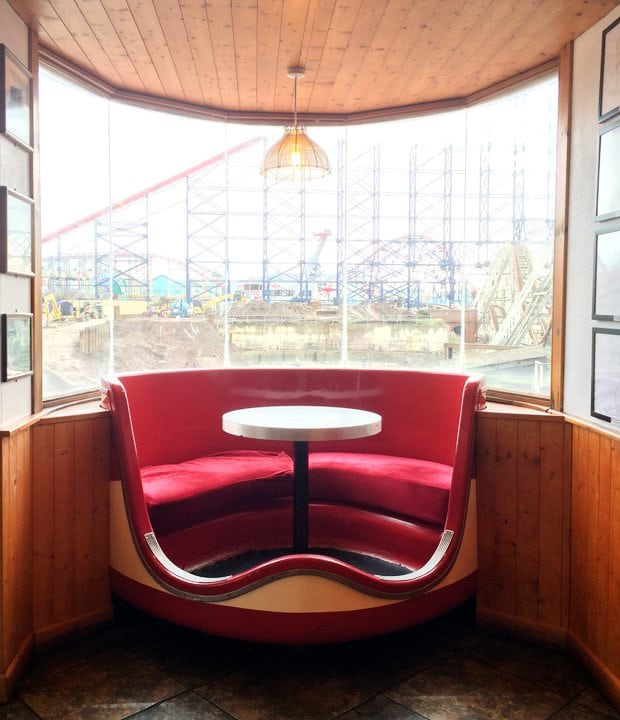 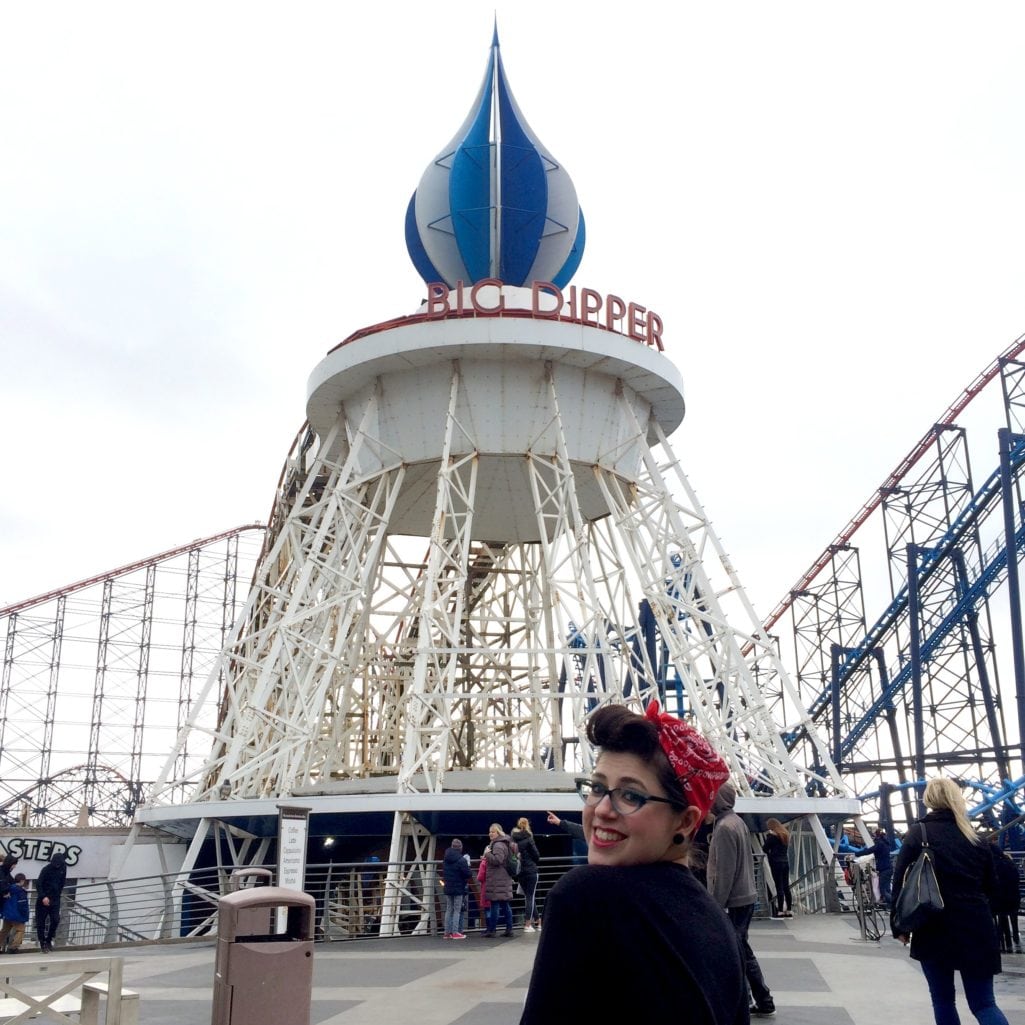 Although the park opened in 1896 and it’s forever developing it’s offering, they did halt the launch of new rides during World War 1, and started to bring in new rides from America starting back in 1921. Possibly my favourite fact is that the park remained open to the public during WW2, providing much needed escape to servicemen, evacuees and family throughout such an incredibly difficult time. I’m at a loss for words to the people who worked hard to keep the park open during that those years. With two RAF sites and thousands of troops training here you’d think it would be top of the list for bombing hot spots in the country. In more recent years it’s been said that Hitler had planned to use it as his own personal playground once he ruled the country – there were even thoughts of hanging a swastika flag from the top of Blackpool tower. Thank god that got nipped in the bud!! 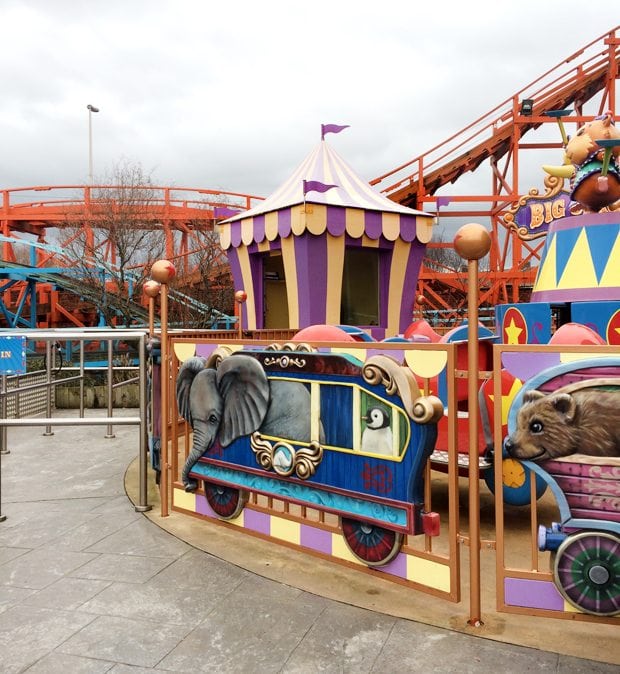 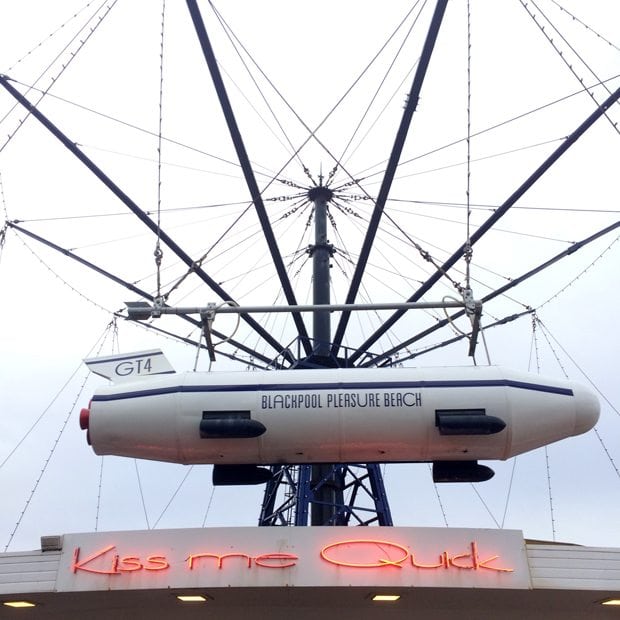 Unbelievably, the Pleasure Beach is in fact a family owned business and is still operated by the Thompson family since it’s inception. The park is still listed as one of the top tourist attractions in the UK and is one of the top 20 theme parks in the world. They’ve also broken a lot of records for their rides, most recently in 2007 for having built the fastest and tallest rides in the world when they launched The Big One, which still holds the record in the UK.

I love that they still have many of the original rides within the park that you can still go on too. They may be rickety old wooden coasters, but you can rest assured they are all still in great working order! I’m now the proud owner of a couple of wooden blocks the size of drink coasters from part of the old Blue Flyer roller coaster; every year they check every single piece of wood for wear and change out older pieces. So, if you’re a theme park nut like me, you too can own pieces from a few different rides within the park’s Kiss Me Quick gift shop, ranging from £5 upwards. A steal? I’d say so! 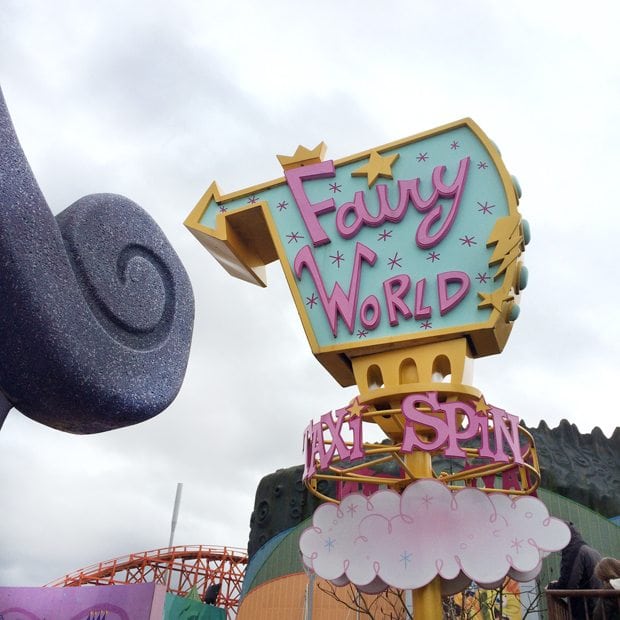 Rumour has it there is a new ride expected to launch next spring which is bound to be epic, but more importantly I’m pretty excited to see what incredible feats they’re going to achieve in the future.

So next time you’re in the UK and looking for places to see, be sure to pop this on the list. It’s got such an incredible history that needs to be shared and cherished because there is no where else like it on the planet! And for those of you who roll their eyes when they hear the name, I hope this blog post has given you some new perspective.

Visit blackpoolpleasurebeach.com for information on tickets and times… Enjoy! 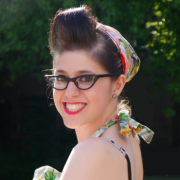 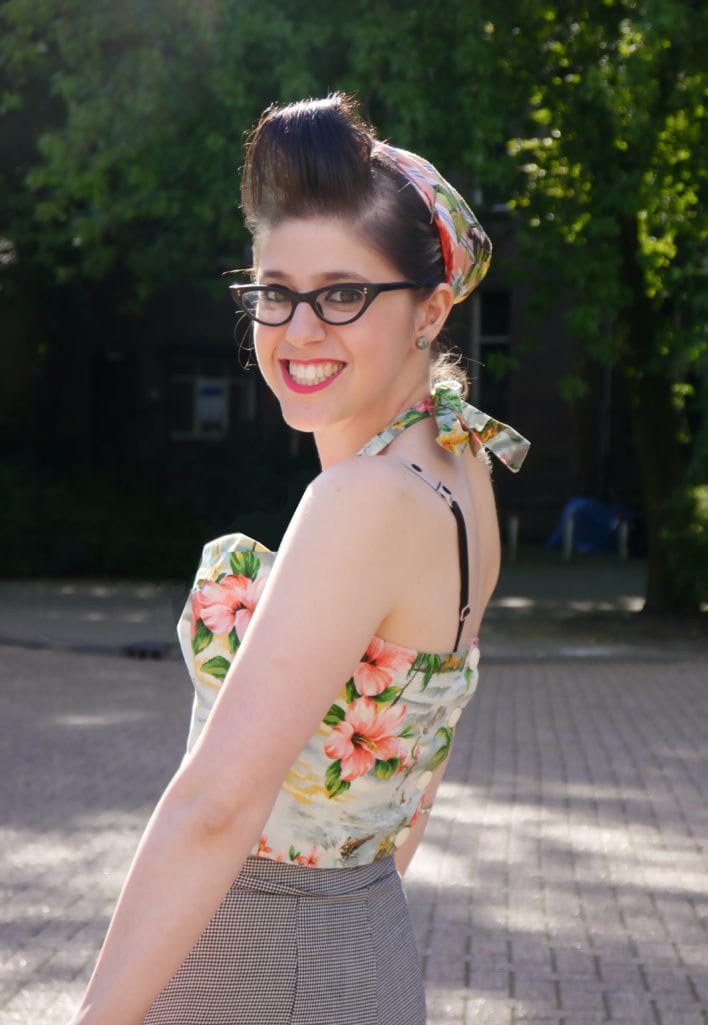